I've done a little bit of large scale work over the years and these are my favorites.

Oddfellows approached me during the pandemic to create a 40 foot billboard to let folks know that they were going into hibernation for a couple months. They wanted me to create something fun and hopeful to let everyone know that it was just temporary. I came up with the very simple "See you soon" with a new custom sun/smiley face. Upon reopening, they asked me to create a second billboard, letting people know that they were back open. I came up with the idea of "We Saved You A Seat" with some of their patio furniture and welcoming flowers. I took these photos to make sure it was well-documented.
Urban Artworks asked me to create a 15' square mural to go down by the stadiums in SoDo to remember Mariners announcer Dave Niehaus. I grew up listening to his voice on the radio and tv, so it was a really special project for me. I designed this typographically-focused mural with some of his catchphrases from over the years. The crew at Urban Artworks then painted my design. 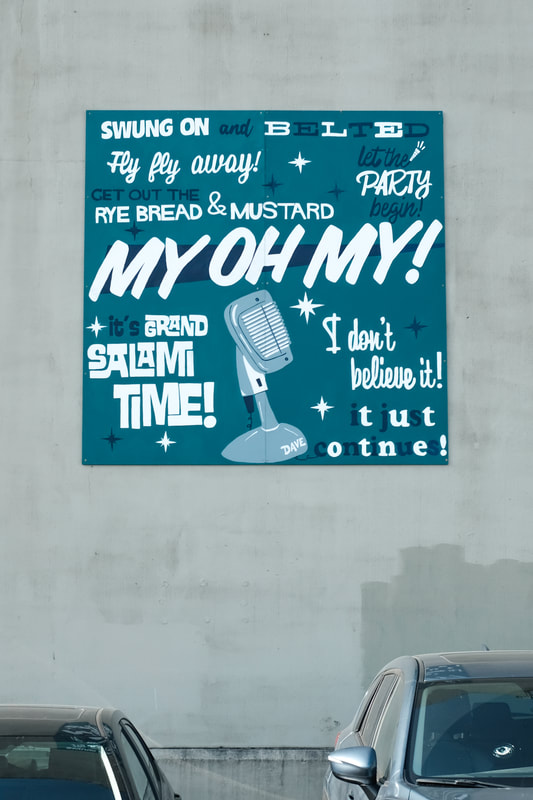