The Pacific Science Center is one of my favorite spots in the entire city--not necessarily for the exhibits inside, but for the courtyard designed by Seattle-born architect, Minoru Yamasaki. White concrete with varying textures, patterns and stairways sit under five white arches standing tall enough to be seen throughout the city. They have been described as Gothic, yet Yamasaki explained that while "the form of the arch may be Gothic, I have never seen towers like these in any Gothic architecture." In the early stages of planning he had designed a single, slightly taller tower then quickly pivoted when learning about the plans for the 600-foot-tall Space Needle that would surely dwarf a neighboring single arch.

Yamasaki described his design as "a serene oasis where visitors could escape from the hurly-burly of the fair and enjoy the flowers, pools, and fountains." Today, it's still a beautiful space but with slightly less serenity and little more hurly-burly, adapting over the decades to bring new entertainment to new generations.

While I would love to see the Science Center in its original, bare bones state to appreciate the design, I think it's important to adapt and compromise.  While I was on the grounds taking photos, I couldn't help but notice all of the families and kids laughing and playing with the attractions that were added in the last couple decades--a water wheel, water guns and a high wire bicycle fifteen feet above the ground. The Pavilion was meant to be a permanent structure and in order to stick around, buildings (museums especially) have to periodically change with the times. Even with the additions, the courtyard is an incredibly pleasant and still very serene place.

A big, giant thank you to the Pacific Science Center for having me! 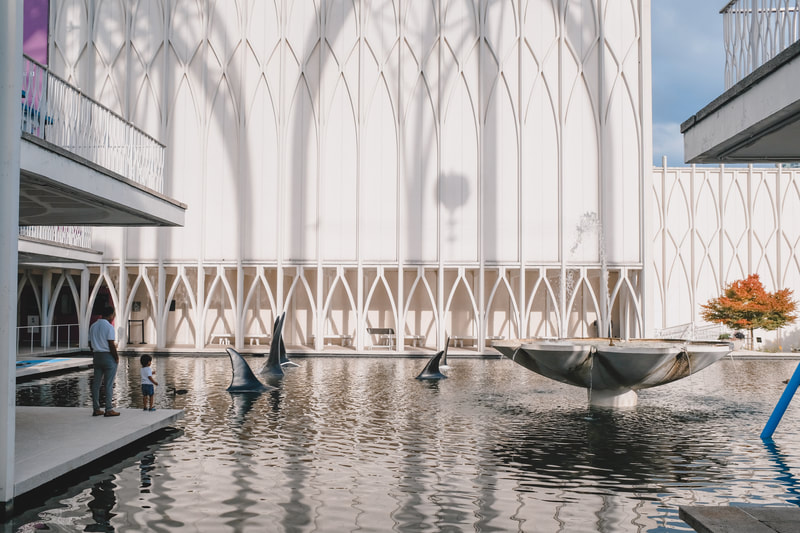 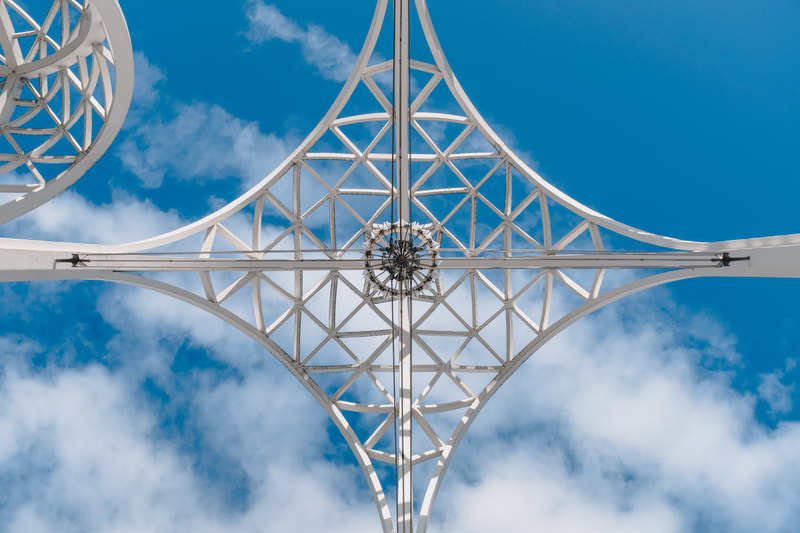 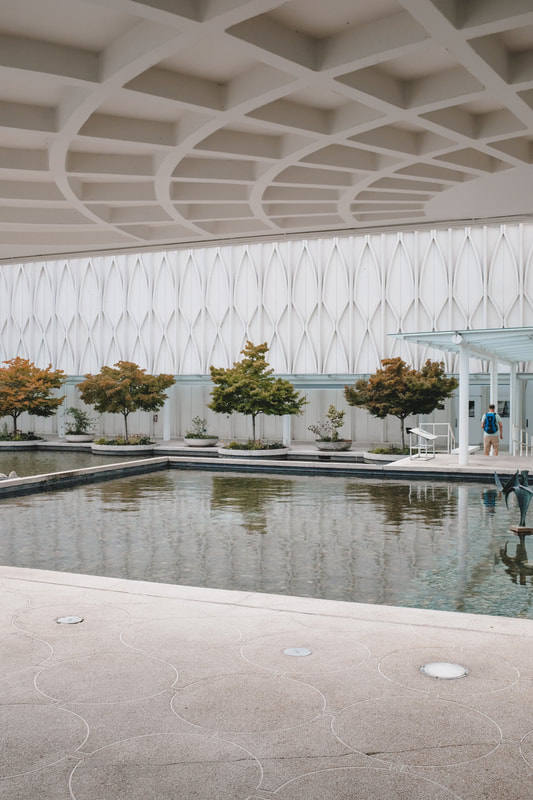 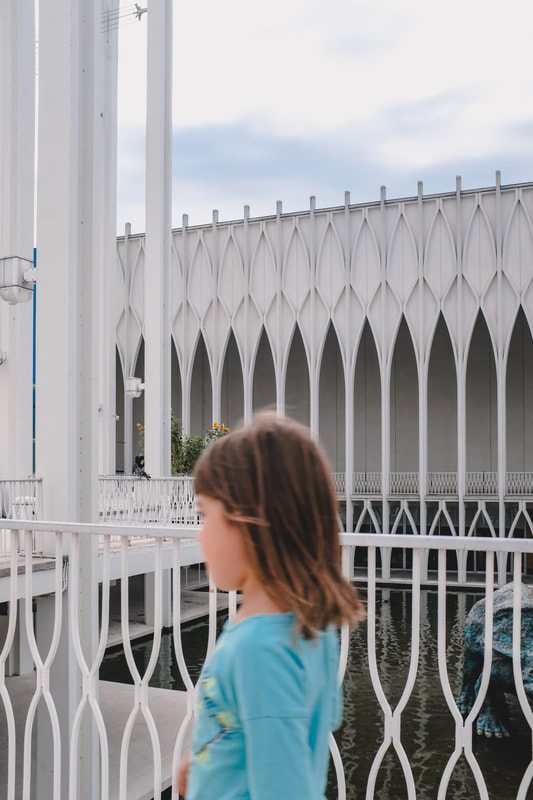 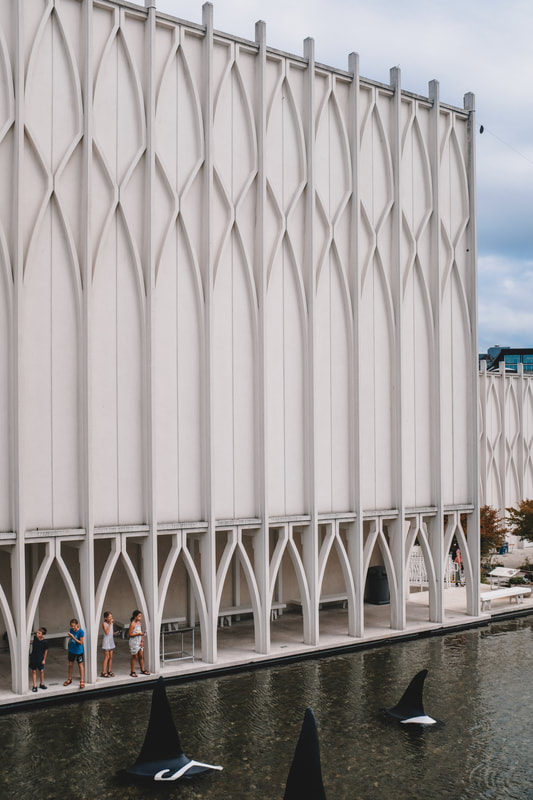 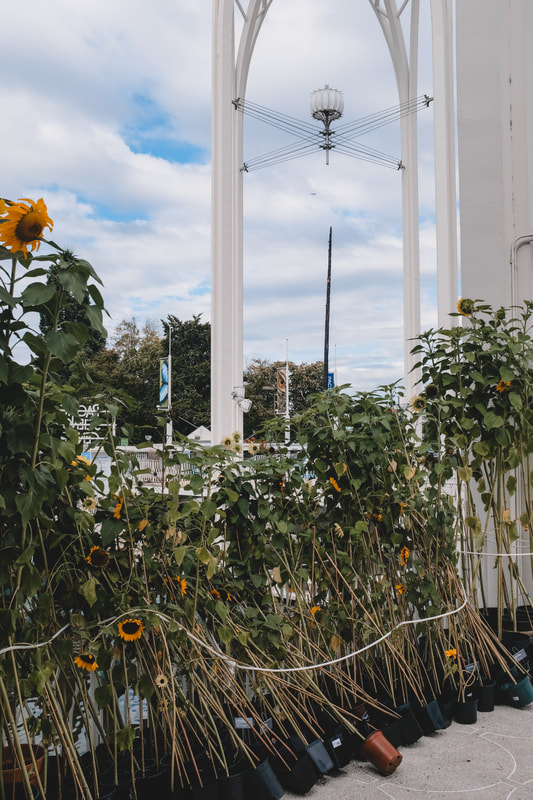 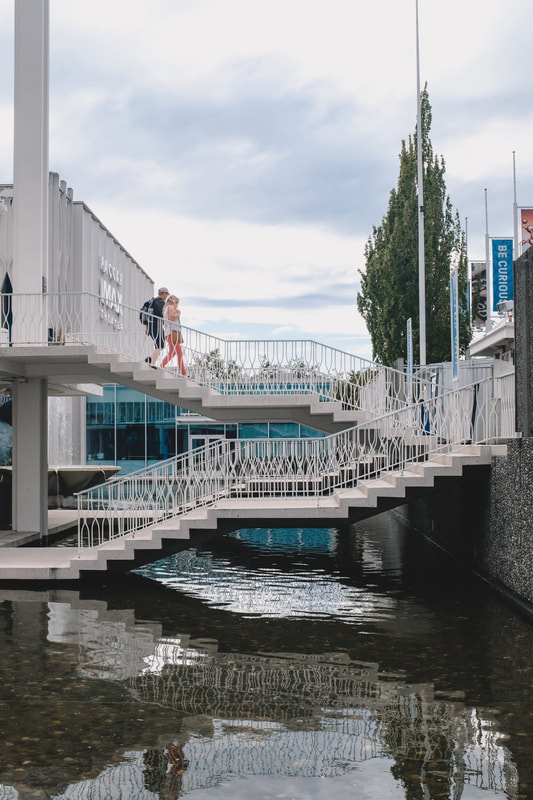 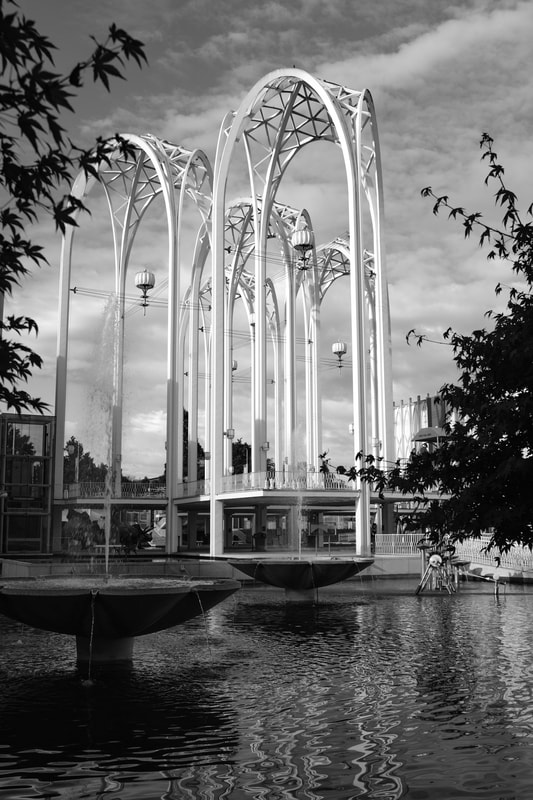 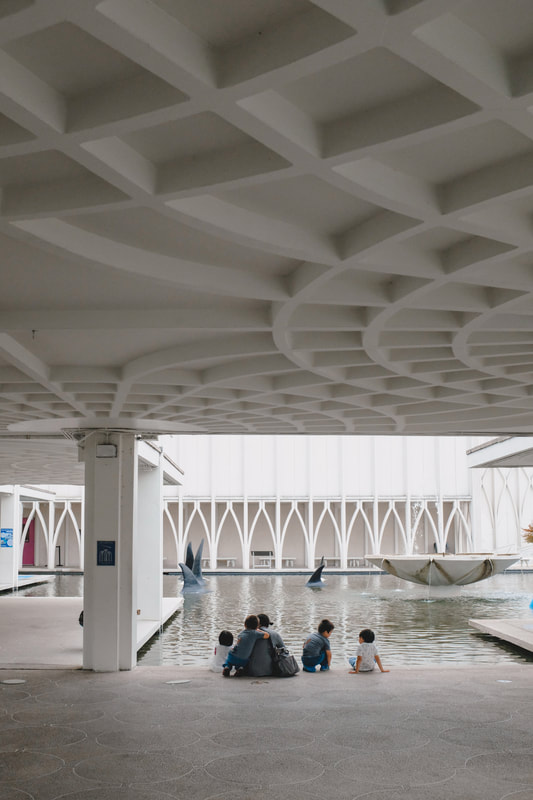 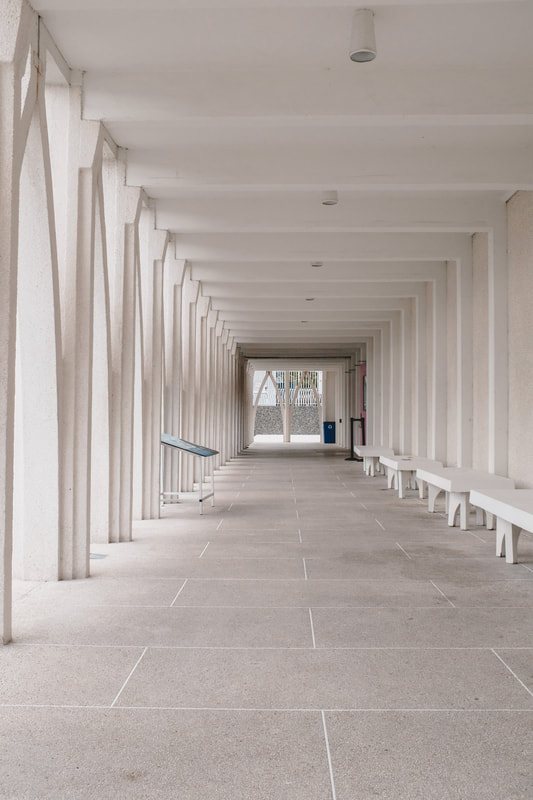 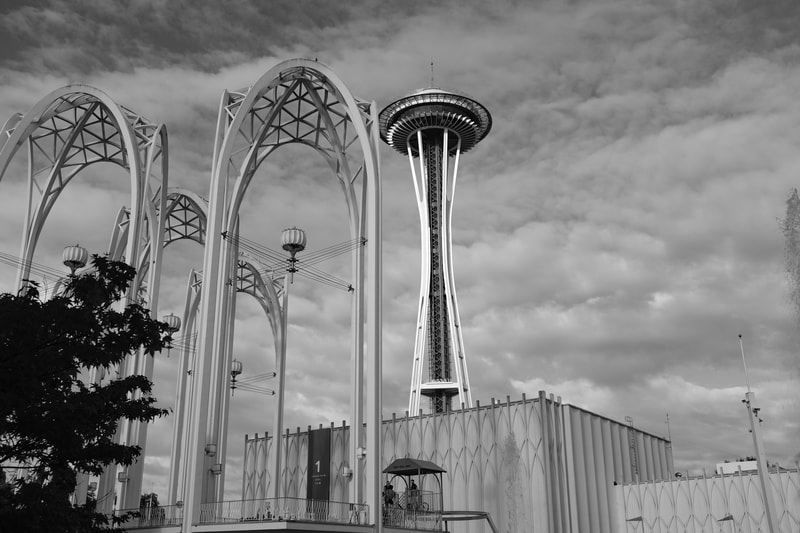 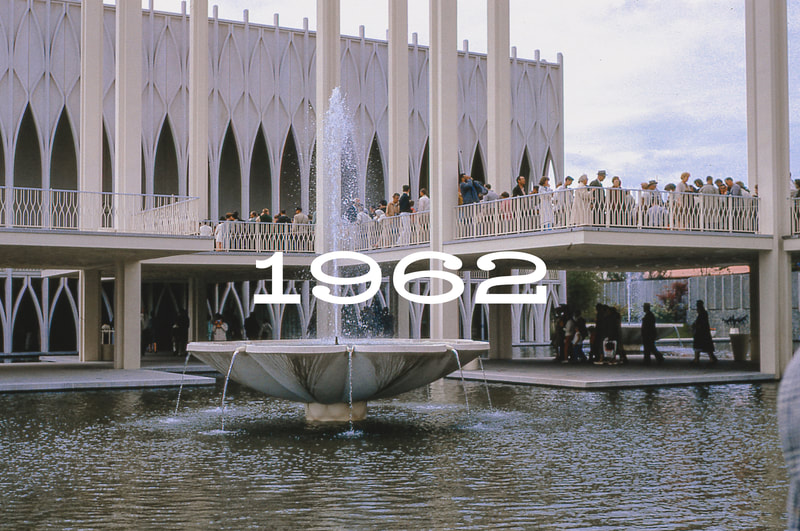