Recently I was asked to design some pins for one of my favorite places on the planet--the Eames House. Charles and Ray Eames influenced all aspects of design throughout the 20th century and beyond. One of the things I admire most about the Eames Office was their fearlessness in approaching all things creative--furniture design, illustration, film, exhibits, and more. Most folks associate the Eameses with the 1960's, but much of their work was done in prior decades, including their house--built in 1949.

The pin I designed for the House is based on a memorable section of the exterior. I made sure that every color and number of windows were accurate and proportional. 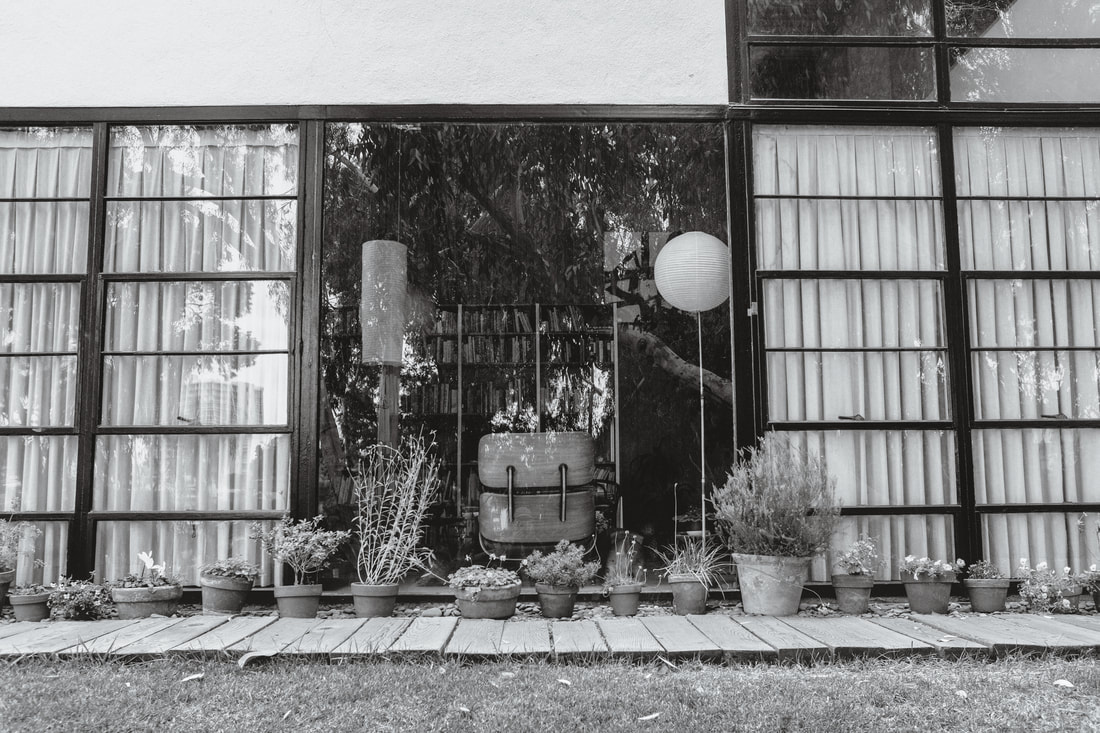